Why We Make Wine

Back in 2012, we established Jones Family Wines and lovingly crafted our very first vintage.

We chose to begin our wine making journey by focusing our whole attention on creating a shiraz. This is the flagship variety of the beautiful wine region we call home and one of the many reasons the Barossa has become world-famous.

Today, Shannon and I feel blessed to have two happy and healthy daughters in Chelsea and Adele. But, we’ll never forget the terrifying moments where we almost lost everything.

Our Dura Via Shiraz is dedicated to Chelsea

‘Dura Via’ is Latin for ‘Hard Road’ which describes our family’s intense journey together, as we endured the very bumpy arrival of Chelsea.

When Chelsea arrived three months early – she weighed just 700 grams and measured only half as tall as our bottle of Shiraz. But we were overjoyed that both Chelsea and Shannon had survived a very life-threatening and complicated birthing.

Looking back on that day, it’s astonishing how that one urgent phone call I received, changed our world in an instant.

Because like any other couple in love, starting our family together was equally as important as it was exciting. We planned and hoped for the best, but also knew in our hearts that should the worst occur, we had promised each other that we would face all situations as a strong united couple – together.

Well, the worst almost did occur. The unplanned. The unforeseen. The unthinkable.

After that one call, I can distinctly remember the journey from Barossa Valley to be at my wife Shannon’s side in the Women’s and Children’s Hospital in North Adelaide. Without doubt, it was the most nerve-racking drive of my life.

And if you take a closer look at our Dura Via Shiraz label, you’ll see that it traces the exact route I took.

This is so that we always remember how important it is to take life’s paths together, no matter how hard the road is.

As amazing as it sounds – after Chelsea’s birth, we had an even harder road open up in front of us as a family, that we had to take together. But together we made it, and together we created our Dura Via Shiraz to share with the world. 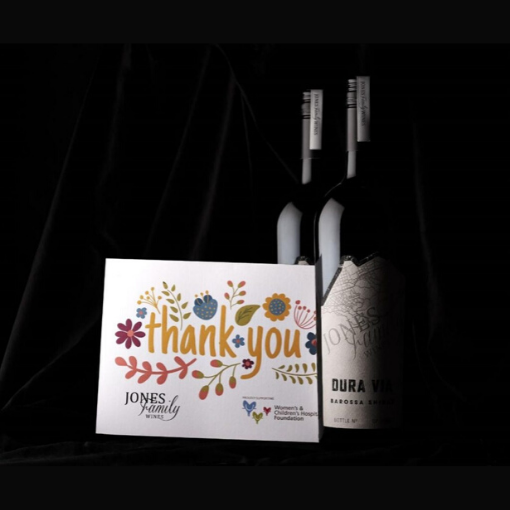 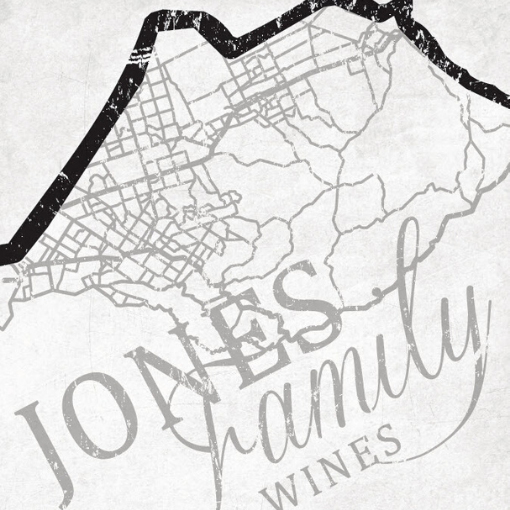 Giving back with gratitude

Our family is eternally grateful to the wonderfully dedicated staff at the Women’s and Children’s Hospital in South Australia who put everything into caring for us, when we needed it most.
Without these beautiful people, I would probably be all alone.

Chelsea spent the first months of her life being cared for meticulously, ensuring she was ready for her next steps into the world.

And so, out of this life-defining moment, we promised to donate part proceeds from every single one of our Dura Via Shiraz bottles sold to The Women’s & Children’s Hospital Foundation.

Then other families in the same position as us will also continue to benefit from the wonderful work being done at this brilliant hospital.

Your investment in a case of our Jones Family Wines will ensure not only your own happiness but the health and happiness of others in need.